Recently, our Cherry Creek School District has been rocked by the sexual assaults by teachers on children and the cover-up of these assaults.

Just a few days ago, the Killip Elementary School in Flagstaff Arizona has experienced the same community trauma; A teacher accused of molesting 2 elementary school children.

Now, there are similarities between these 2 cases and the 2 school districts:

It certainly seems that the Killip Elementary School and the Flagstaff School District are aware of this, otherwise why is there a need for the disclaimer?

Disclaimer: Some of the links on this site will require that you leave our FUSD School website and the FUSD server. The Flagstaff Unified School District has no responsibility for the content beyond this point. The Internet is a dynamic volatile place where pages can change suddenly and rapidly. It is not unusual to find information or images that are objectionable. Proceed at your own risk, it is always best to review sites with your child.

First, the concept of a minor child waving any of their rights, or understanding the implications of this “disclaimer” is laughable. Clearly, the district hopes that this will protect them if things go wrong but this hope is delusional.

Obviously, since these links are provided by the school, and no doubt promoted by the school as a place to get homework or other help, children will access these resources from their homes, by-passing any school filters.

Second, EBSCO (and other database resources provided to schools) is a proprietary database, and cannot be filtered by the school’s or library’s filters; it is just not possible.

Third, these databases are not “the internet”. They are closed, subscription only resources which are separate from “the internet” and only EBSCO can filter them.

To illustrate, here is a sampling of the material available in the NoveListPlus product, supplied by EBSCO. Remember, this is being made available to Elementary School children!

Why in God’s name would anyone ever think this was appropriate material for an elementary school aged child; or any minor child, for that matter?

Whether intended or not, the availability of pornography to children has the effect of desensitizing children, as well as adults, to themes and images of sexual assault, violent assault, sad-masochism, bondage, sexual humiliation and other deviant forms of sexual relations. There is no credible pediatric therapist, psychiatrist, or physician that would think this is OK. Apparently, the Flagstaff Unified School District and Michele Reagan (Secretary of State and responsible for the AZ State Library) think it is just fine.

Does Michele Reagan really want her name and face, or the Arizona State Library, associated to purveyors of pornography?

Is it any surprise, then, having created a sexualized and distorted atmosphere around the adult/child relationship, that adults act on impulses that, for most people, would be abhorrent? The schools, with their partners at EBSCO, have created this environment and are responsible for the results we are all seeing with increasing frequency.

It is time for the schools and the state to take a stand and protect our children from the assaults of EBSCO and the vendors of the pornography and sex toys that fill its databases.

For months, people have been trying to get the attention of the CCSD School Board and that of Harry Bull regarding their lack of concern regarding the availability of pornography in the school EBSCO and other database resources.

Repeated and continuous attempts have been made to sound the alarm that there is something wrong with adults that do not see a problem with presenting graphic and dehumanizing images, sex toy advertisements, and videos to our school children. With good intent, our failure has been that we have focused on a symptom of the problem and missed the problem itself. It is clear from the recent arrests, of the perpetrators and of their administrative enablers, that the true nature and extent of the problem is beginning to emerge.

All of the so called “Doctors” in the district, who we have given the privilege of educating our children, have failed them. They have created, through some twisted ideology, a system that sexualizes our children and grooms them for the advances and predations of their peers. They have fostered a disease that has spread throughout our community like a cancer and they all bear responsibility for what has occurred.

In many, many school board meetings they were warned that their failure to protect our children would have consequences. Reference was made to the news stories out of the Los Angeles School District and its club of pedophiles. They were told that the rising incidence of sexual assaults against children was a natural consequence of sexualizing these children and of objectifying them in the perverted minds of some twisted adults. They were warned and now, here we are. 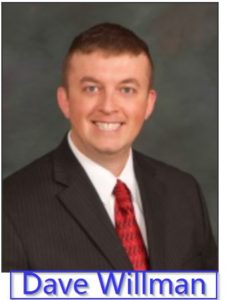 I am convinced that in the weeks to come, there will be further allegations, perhaps additional charges. There are others that knew what was going on in this district.

In the off-chance that all of you “Doctors” in the district missed it, it is no coincidence that Harry Bull announced his retirement mere hours before the scandal at Prairie Middle School broke in the news. Do you really believe that Principal David Gonzalez, Assistant Principal Adrienne MacIntosh, and counselor Cheryl Somers all knew about Brian Vasquez but, somehow, Mr. Bull did not? If you do believe this, you possess a level of simple mindedness that precludes you being employed as any sort of an Educator.

It seems painfully obvious that simple common sense is not conferred with a Doctorate in Education.

Mr. Bull, you are a coward. You have attempted to avoid any of the blow-back that is sure to develop over the next several weeks by “skipping town”, so to speak. A better man would have accepted responsibility for his failures and made the determination to stamp out the problem and protect our children. You, unfortunately, are just a rank opportunist. I, certainly, do not thank you for your service to this community.

You have presided over a corruption of our children and their teachers that borders on the criminal.

You have placed the safety of our children as a distant second to your personal ambitions and self-interest.

You have covered up and hidden the most grievous of assaults on our kids.

You have abetted the disgraceful treatment of one of the victims by punishing her for the evil actions of her pedophile tormentor.

You have engaged in a program of disinformation designed to keep the parents of this community in the dark regarding the corruption in this district.

You should be ashamed of yourself but I fear you are not. Why would you be, at every board meeting you have a room full of sycophants all telling you how great you are.

Can any one of you “educators” imagine what you have done to the 14 year-old child that came to you for help regarding the assaults on her by Brain Vasquez, only to find that she was being made responsible and Vasquez made the victim? What kind of a twisted world do you all live in? In my opinion, this child’s civil rights have been violated in a grievous manner and the FBI should be investigating this district for a pattern of such abuses.

Given what I have seen at school board meetings over the past months, you will all no doubt take comfort in knowing that these Prairie Middle School administrators have only been charged with a misdemeanor and not a felony. I am not a lawyer but I cannot understand why they have not been charged as accessories after the fact as well as accessories before the fact, and with obstruction of justice. All 3 of these people knew about the actions of Brian Vasquez 4 years ago and engaged in an active campaign to force the 14 year old victim to recant her story and then they suspended her.

THEY FORCED HER TO HUG THIS MONSTER!

If this isn’t abetting Vasquez’s subsequent assaults and obstructing the course of justice, I don’t know what is.

In her letter to the parents of the Prairie Middle School community, Director of Middle Schools, Tracy Grant, closed by saying, “As always, the safety and security of our students is our highest priority”. What a sad, sad joke.

Ms. Grant will remember that approximately 10 years ago, she was informed that teachers at the Fox Ridge Middle School were displaying pornography to children in the class. This is on record. The safety of our children seems to be far from any priority with this school district.

Finally, it is instructive to remember that Mr. Bull, following the revelations of the Lundy and Vasquez sexual assaults, issued a memorandum on Sept 17, 2017 to all schools that any police investigations or any disciplinary actions against an employee, which are documented in writing, would now be required to be reported to the district HR department.

Obviously, then, prior to the sexual assault cases of Lundy and Vasquez, schools we NOT required to report misconduct issues. Why is this? Could it be, that not having these allegations on record with the district would allow the district plausible deniability, should the offense come to light? Do you need a Phd in Education to figure this one out?

And why does Mr. Bull so carefully couch his words that, in order to report an incident to the district, there must be a police investigation and/or a written reprimand. I would submit that ANY allegation against an employee must be reported to the district, recorded as an incident, investigated at the district level and resolved as substantiated or unsubstantiated. To do anything else provides just another opportunity for the district to deny knowledge and accountability……. and accountability is exactly what has been lacking under the mis-stewardship of Harry Bull.

Mr. Bull also goes to pains to specify that, in regard to a sexual misconduct allegation, they are to be reported only when it involves children outside the workplace. Children within the workplace are, apparently, fair game and these assaults need not be reported. It is all perfectly clear how the district values our children.

Harry Bull and the Cherry Creek Board of Education have been grossly derelict in their duty to our children. It is clear that they consider the district and its schools a personal playground to pursue their own agendas.