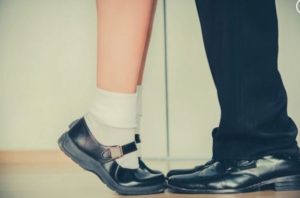 Do an internet search on “Teacher Sex Scandals” and see what you get. Thousands of results.

Filter by News and “Last 30 Days” and the results will alarm you.

Schools have become the new Catholic Church, with all of its child abuse scandals, “passing the trash”, secrecy, and cover-ups.

It is so bad that Texas Governor Greg Abbott has passed a law that will punish school administrators that pass along pedophile teachers to other, unknowing, schools and districts. The, so-called, “pass the trash” law.

I just have to ask, why do we even need such a law? Why would any school administrator knowingly place children at risk by transferring a pedophile teacher to an unsuspecting school?

The reason might be, as in the Catholic Church, that it is almost a club. It is so endemic that they cannot possibly out any of these teachers for fear that the extent of the problem and their own complicity will be revealed.

Schools, as the Catholic Church, act like a kind of concentrator. Like all pedophiles, these people strategically gravitate to areas and careers where they can get closest to children. This is their playground; their hunting grounds.

There are many good teachers in any school system but if they wish to avoid being splashed by the stain that will dye their pedophile colleagues, they need to be proactive in raising concerns when they see something wrong. They cannot continue to operate in a fashion similar to the Catholic Church and protect pedophile teachers because they are all in the same club.

Parents of children that have been molested by teachers should immediately file a law suit against the teacher, the school , and the district. It is only through financial pain that districts will begin to force change on their school administrators and demand that pedophile teachers be removed and never, ever, moved on to another unknowing school.

There must be zero tolerance for pedophiles in any organization that serves the children in our communities.